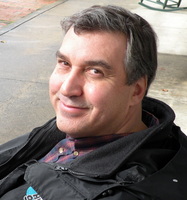 Don DeBiase was born and raised in Englewood, NJ.  He grew up listening to the iconic New York City Top 40 radio stations like WABC, WMCA, and WINS.  This influenced his decision to major in communications at Graham College in Boston, MA.

Don has worked at radio stations in VA, FL, KY and NC.  He and his family moved to Brevard in 1991 where he currently resides. Don has served as the president of the Brevard Board of Realtors in 2001 and 2005. Today he serves on the Board of Directors of the Care Coalition, the local Salvation Army and is the President of the Community Relations Council of the Schenck Job Corps.   Don is the beloved Morning Show Host of Q102 FM and with Ea Dossey weekdays from 7AM to 9AM.   He is currently our Sales Manager, too! 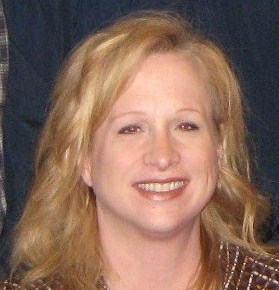 Ea, a graduate of Brevard High School,  has a BS in Comm./Public Relations from WCU.
Ea married her high school sweetheart, Roy, and moved away while Roy served in the USAF. They spent three years in England and have lived in many parts of the US.  After Roy was discharged, he and Ea moved back to Brevard to raise their two children, Madi and Brayden.

Ea has served on the Brevard Board of REALTORS as President for 2008 and 2009, SAFE, and the Heart of Brevard.   Ea joined WSQL  in 2011 as News Director and joined Don DeBiase on his morning show.  In 2012, Ea and family moved to Steamboat Springs, CO.  Although the Rocky Mountains are beautiful, nothing compares to the Blue Ridge Mountains. Ea couldn’t stay away from Brevard. In 2013, they returned to Brevard to stay.  Listen to Ea and Don on the Morning Show, weekdays 7am to 9am. 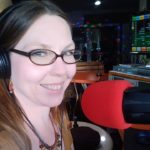 Terina Plyler was born and raised in NC, moving to the mountains of NC with her family at the age of 10. She grew up in a musically-talented family, and her mother Wanda Lu, was known for her time both at WNCW and WSQL, as well as for being a singer-songwriter. Terina followed in her mother’s footsteps, and picked up a guitar in her teenage years, eventually becoming a performing singer-songwriter, as well as an employee of WSQL. After a short break from radio during which she acquired a Bachelor’s degree in Psychology with a minor in Native American and Indigenous studies at UNCA, Terina is back on our airwaves at WSQL holding down the afternoons from 1 to 6pm, bringing you the greatest hits from the 60’s through the 90’s, and is currently the host of Midday Brevard, our local News and information hour weekdays at noon. Terina is our Operations Manager, and does some work for our webpage too! 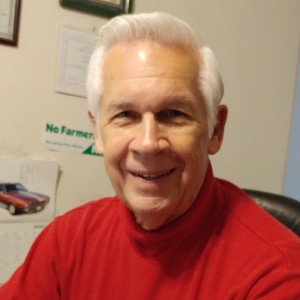 With over 50 years in broadcasting, Tom’s assignments have spanned DJ/announcing, news reporting, helicopter news & traffic reporter, TV News, sales & marketing, and ultimately upper management of a group of 14 stations. His radio stops over the years have taken him from Philadelphia to the U.S. Virgin Islands, Naples, FL, and the mountains of Northeast Georgia. Following Tom’s official retirement and move to Brevard, his discovery of White Squirrel Radio and the station’s widespread popularity in the community, convinced him that there was still one more chapter to be written in his broadcast resume.

Bill was born and raised in Tryon, NC. Bill started in radio in the mid ’70s and worked in the Carolina’s, Louisiana, and St. Croix in the US Virgin Islands.  Bill is very active in Amateur (HAM) radio. He is our Program Director and always enjoys hearing from our listeners.  Bill is now back in Tryon, but can direct our programs thanks to the magic of technology!

According to an article in the Transylvania Times written by Ann Sharpsteen, Bart Shore is one of WSQL’s ‘best kept secrets’. For more than 10 years, while Bart was residing in Chicago, he has also been giving our local weather reports. The long-time radio personality and helicopter TV traffic reporter retired to Brevard in late 2021 with his wife, Vicki. He continues to read our afternoon weather, and produces several world-wide syndicated radio shows from his home studio.

You may hear these programs by Bart Shore on WSQL:

Time Warp Song of the Day 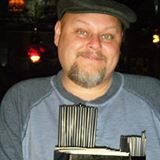 Michael is the fabulous host of Jazzylvania on Wednesday nights and Sunday afternoons. In the summer, Michael is the driving force behind the Southern Exposure Outdoor Concert series. He is also  the compassion and driver behind the Bread of Life soup kitchen. Brevard is a better place because of Michael! 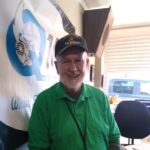 Frank first heard bluegrass music in 1960.  He’s been listening to and collecting it since then.  He’s the host of WSQL 1240AM’s “Bluegrass Review” every Sunday afternoon from 3 to 5PM.  He plays traditional bluegrass from the 1940s through the present day. 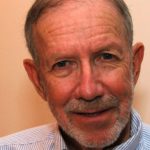 Jim Grodnik is a former newspaper editor, columnist and national champion runner. But that’s all in the past. Now he’s the host of Swingtime, where he gets to share his love of big band music and classic jazz every Saturday morning from 10 a.m. until noon. 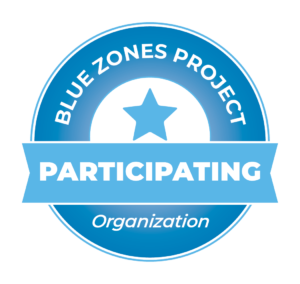